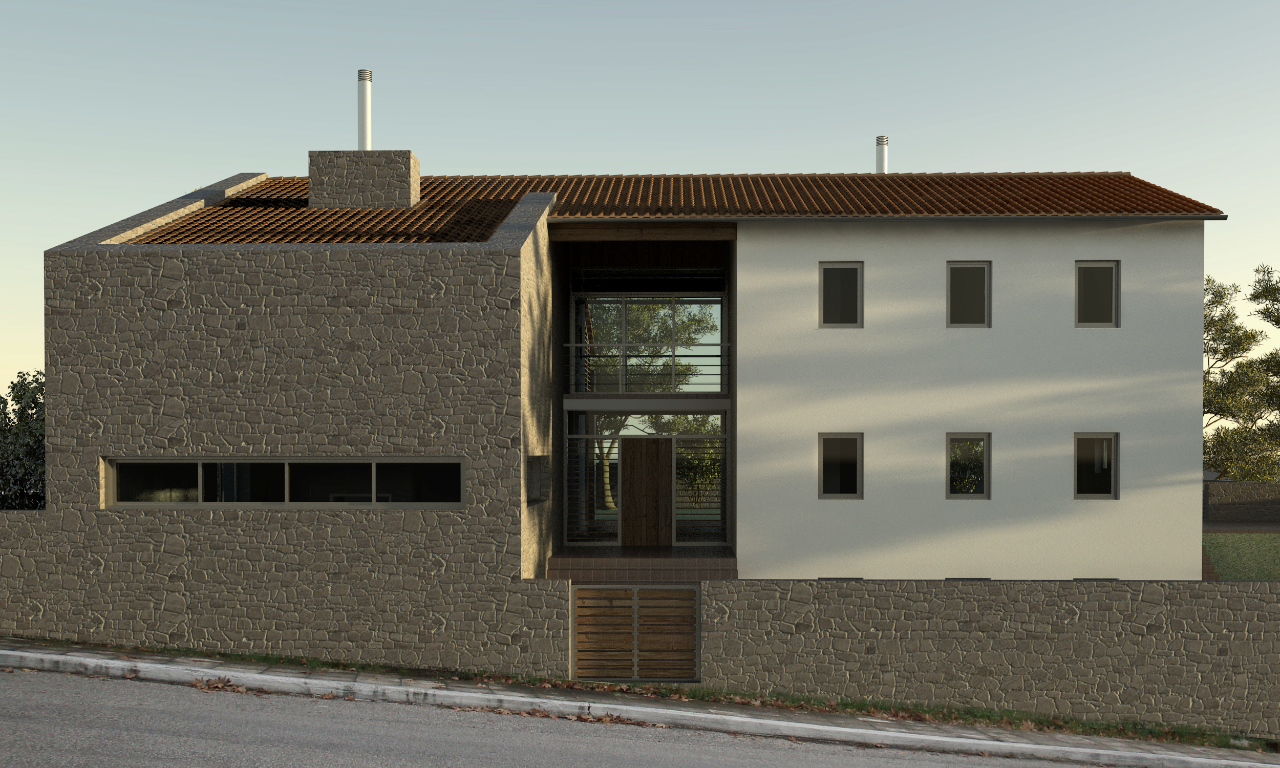 The residence is placed in such a way in the terrain, so as to create two yards, the main one situated at the southern part of the site and the second one, which is considerably smaller, at the northern part. In this way, the frontal facade abuts on the pavement of the main road of the village, being though at a higher level in order to provide privacy. On the other hand, the rooms are separated from the main road through the northern yard, creating the main entrance and a planted intermediate space, which separates them from the edge of the site.

The design proposal comprises of two double storey volumes that are joined together in each level by the entrance space, and are visually unified by the indiscrete two-sided slanted roof. This configuration is based on the position of the bedrooms in order to benefit from the southern orientation, while the living room will enjoy the marvelous view of the mountain. The larger volume – which is situated on the northeastern part of the site – includes the common functions of the residence, whereas the second floor houses two guest rooms and a bathroom. The second volume includes in each level a master bedroom with bathroom, as well as a semi-enclosed space of southern orientation. In the basement utilities, such as laundry room, storage and the building services are placed. Materials such as wood, stone and plaster are used to identify the relationship between inner and outer space, as well as to distinct the two volumes.