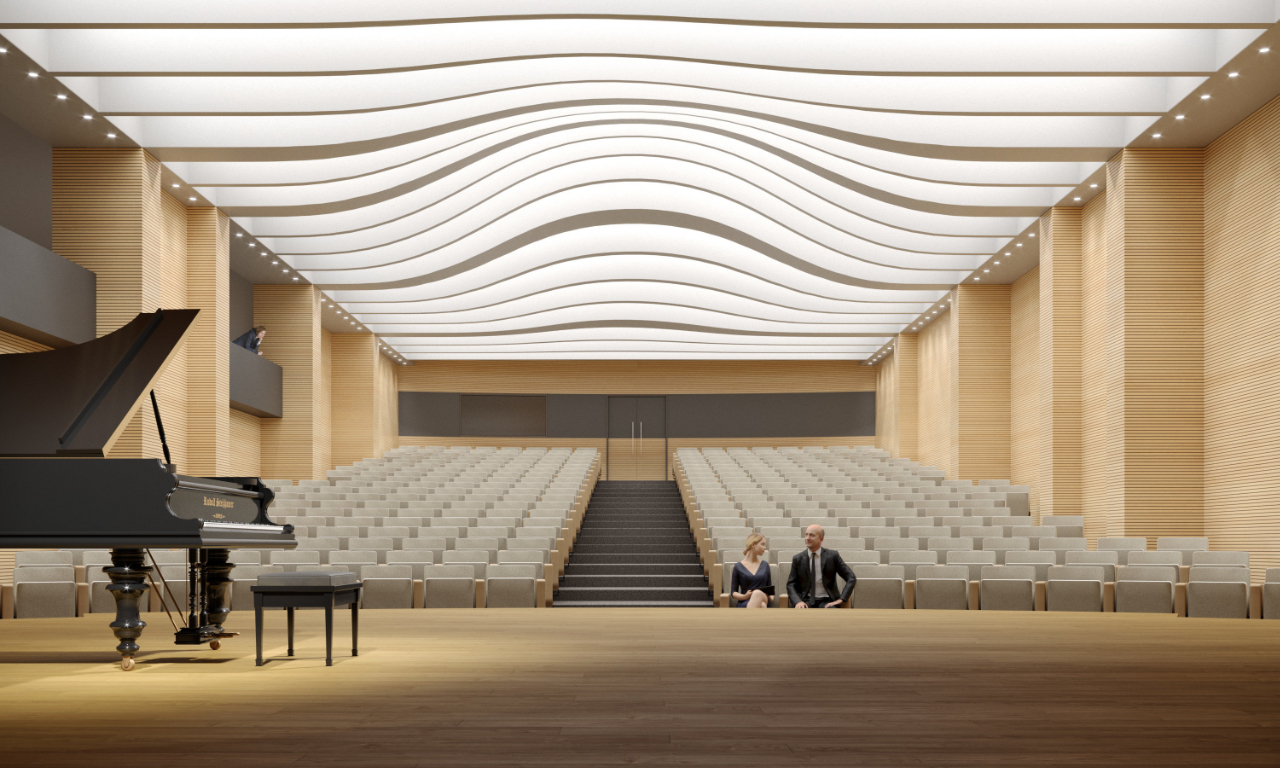 This design proposal for the creation of an underground amphitheater at the Hellenic Open University complex at Patras aimed at creating a sustainable solution for extending the facilities offered by the university. The 300 seat amphitheater was planned to be used for venues ranging from lectures and screenings to concerts.

The intricate roof structure is composed by curved structural concrete beams and its geometry is reflected in the courtyard above, hinting its underground existence through glass slits. The amphitheater is supported by a number of supporting spaces, such as rehearsal rooms, changing rooms, projection rooms and the lobby interconnects with the building above and the courtyard.